Free shipping on all retail orders over $50 within the U.S.
Retail locations

Typically, when most companies pay these high rates, they push the financial burden onto consumers by charging hefty prices. However, because our team at Kat’s Naturals is committed to making CBD affordable for everyone, we’ve taken steps to provide CBD discounts.

One of our most popular offerings is our CBD veterans discount. This program allows veterans to purchase a range of organic CBD products for a cost-effective price.

It doesn’t matter if veterans are interested in CBD oils, edibles, capsules, or vapes. At Kat’s Naturals, we offer CBD discounts that veterans can use for every single product.

One of our main goals at Kat’s Naturals is to make CBD affordable for everyone. Quality and organic remedies should be available to every person who needs them, and this belief drives us to provide CBD discounts for premium products. But this motive is not the only reason we have CBD veterans discounts.

As a result of his success, Kat wanted to give every veteran the opportunity to use soothing CBD remedies. She wanted her products to become a regular part of veterans’ health regimen, and she desired to thank veterans for their bravery and service.

These two factors motivated Kat to create a CBD veterans discount program once she established Kat’s Naturals. And she, along with everyone at Kat’s Naturals, hope these CBD discounts will help veterans buy products that encourage peace mentally and emotionally.

Why veterans should consider CBD

Research shows that veterans encounter mental and emotional conditions that make it challenging to have a good quality of life.

Because of these conditions, research indicates that it’s common for veterans to fall into substance abuse. One study found that 25 percent of veterans who returned from Afghanistan or Iraq showed signs of substance abuse disorder.

Another study also found that in 2008 veterans and active military personnel abused prescription drugs at a rate twice as high as civilians. And in 2009, the VA estimated that 13,000 veterans from Afghanistan and Iraq were dependent on alcohol.

This substance abuse is a consequence of PTSD, major depression, and other mental health conditions veterans experience. Relieving these ailments requires support from loved ones and counseling.

But if veterans want to use a therapeutic remedy in addition to the help they’re getting, research suggests that CBD may be a great option.

How CBD can help veterans

At Kat’s Naturals, we wouldn’t offer CBD veterans discounts if we didn’t believe CBD could provide therapeutic benefits. Kat’s husband was just one example that showed how CBD could improve a veteran’s quality of life. But research also sheds light on how CBD can help.

Studies suggest that people with PTSD have lower levels of anandamide, commonly known as the “bliss molecule.” This endogenous cannabinoid is part of the endocannabinoid system, which is present in everyone. In this complex network, anandamide is responsible for a range of functions including, mood, memory, motivation, and more.

By inhibiting the FAAH enzyme that breaks down anandamide, CBD hinders the degradation of the bliss molecule. And by preventing the degradation, the body experiences higher levels of anandamide.

In addition, some studies present concrete evidence that CBD is soothing for people with PTSD. For example, a research study from 2016 examined a 10-year-old girl with PTSD. After researchers gave her 25 mg of CBD daily for five months, the little girl encountered less anxiety and improvement in her sleep quality in quantity.

However, another study also provides promising results. In 2018, a review analyzed human and animal studies that looked at CBD for PTSD. Based on the findings, researchers concluded that CBD has the power to offer several benefits for conditions that incite traumatic memories.

Anxiety is another condition that many veterans experience. Studies suggest a 327% increase in anxiety disorders amongst service members from 2000 – 2012.

But CBD has become a popular remedy for those who want to reduce their anxiety, and it’s because various studies support its use. For example, in 2015, a study found that existing preclinical evidence proved CBD was an effective remedy for the following anxiety disorders:

In 2011, another study found that CBD is a therapeutic remedy for anxiety. The researchers analyzed CBD’s effect on people with generalized social anxiety disorder (SAD). And after giving some participants 400 mg of oral CBD and others a placebo, the researchers discovered that CBD helped participants with SAD decrease their overall anxiety.

A study from 2018 found that chronic insomnia is highly prevalent in U.S. veterans. In fact, as many as two-thirds of veterans who returned from Iraq and Afghanistan have complained about insomnia.

This condition makes it difficult for people to fall asleep and stay asleep. Usually, individuals who have insomnia find themselves waking up extremely early and struggling to go back to sleep.

However, research suggests that CBD can help improve sleep. In 2017, a study found that preliminary research on insomnia and cannabis “suggests that CBD may have therapeutic potential for the treatment of insomnia.”

But CBD is not the only cannabinoid that can help with sleep. Researchers and individuals report that CBN may also have the power to deepen people’s sleep. By offering a meditative effect in those who use it, CBN helps ensure people get great sleep to wake up feeling refreshed.

According to the National Center for Complementary and Integrative Health (NCCIH), 9.1% of veterans, compared to 6.4% of civilians, frequently deal with severe pain.

Common remedies for this pain include opioid drugs, like hydrocodone, oxycodone, and codeine. But according to multiple studies, CBD can help reduce and manage chronic pain.

For example, one study suggests that CBD and other cannabinoids are effective in managing pain that’s difficult to treat. In 2020, another study also indicated that CBD might help alleviate chronic pain, improve sleep, and decrease inflammation.

But CBD doesn’t just help with chronic pain. It can also impact other types of pain, including neuropathic pain, which happens when the nerves experience damage. In a 2017 review, researchers analyzed 1,219 patients and discovered that CBD helped with chronic neuropathy pain in humans.

A 2018 Cochrane study also examined 1,750 participants, and their review lent similar results. After looking into the effects of cannabis-derived medicines, including CBD, researchers concluded that the benefits of these remedies outweighed any potential side effects.

How CBD can help veterans

Based on current research, veterans can experience many benefits from using CBD. This cannabinoid has the potential to alleviate multiple conditions that veterans experience when they return home.

So for veterans who want to start using organic, premium CBD products, our team is Kat’s Naturals is making it possible. We provide high-quality remedies that veterans can purchase at a cost-effective rate.

All they have to do is sign up for Kat’s Naturals’ CBD veterans discount program. Then, they’ll receive CBD discounts on every product that Kat’s Naturals offers.

Please fill out the form below. A Customer Service Representative will contact you via email within one business day with your discount code upon approval. 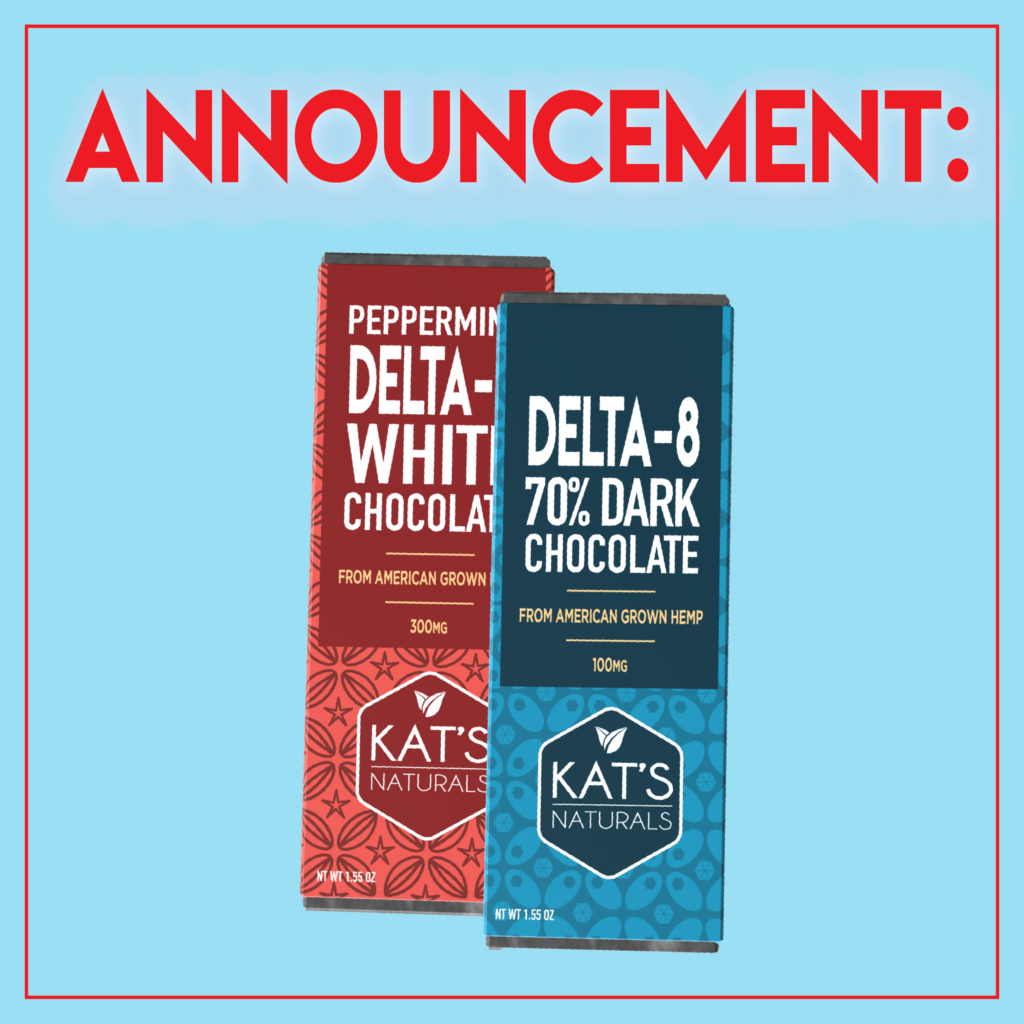 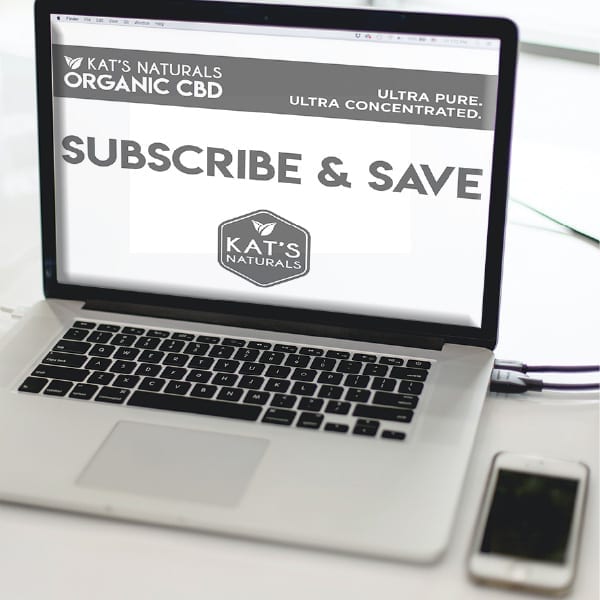