Can Endometriosis Cause Weight Gain?

There are many topics around women’s sexual health and wellness that people just don’t talk about, and one of those topics is endometriosis. While this condition affects roughly 6.5 million women in the United States alone, endometriosis is still such a taboo subject that most women don’t even discuss it amongst their friends.

But the lack of conversation around this issue leaves a lot of room for unanswered questions. For example, many people wonder whether endometriosis causes weight gain. Some with the condition have reported experiencing this side effect, but doctors have varying opinions on the subject.

However, even though there isn’t a definitive answer, you should still know what experts and women with endometriosis are saying. That way, if you have the condition, you know what to potentially expect.

Before diving into whether or not endometriosis causes weight gain, it’s crucial to have a clear definition of endometriosis. Put simply, endometriosis is a disorder that makes your endometrial tissue—which typically lines your uterus—grow outside of its boundaries and affect other areas like your abdomen, ovaries, and bowel.

Researchers are still diving into the causes of this condition, but so far, experts have linked endometriosis to high levels of estrogen, a hormone with the primary function of thickening your endometrium with your menstrual cycle. Additionally, another possible cause of endometriosis is estrogen dominance, which some women have as well.

What are common symptoms of endometriosis?

If you have endometriosis, there are some side effects that you should expect to encounter. And unlike weight gain, these symptoms are ones that everyone attributes to endometriosis.

These side effects include the following:

These symptoms can make everyday life really difficult. It’s very common for women with endometriosis to stay in bed all day or miss work because of the severity of each side effect.

Because of reports women have given regarding this subject, researchers have started doing a deeper analysis on endometriosis and weight gain. And there are four potential reasons why the two may be connected.

If you have endometriosis, fluid retention and bloating are common side effects. Of course, bloating can make you look and feel heavier. It can also impact how your clothes fit, and bloating can worsen before or during your period. But despite these facts, bloating does not actually lead to gaining fat.

When you have high estrogen levels, the symptoms of endometriosis may seem worse. Some people believe estrogen dominance can result in weight gain because it causes your body to produce too much estrogen and eventually outweighs the progesterone hormone in your body.

It’s no secret that some medications can cause weight gain, and the same is true for traditional treatments that help alleviate endometriosis.

A common and effective remedy for endometriosis is a synthetic form of progesterone, which is supposed to help slow the growth of endometrial tissue. But a 2010 study found that 40-50 percent of women retain water or gain weight because of progesterone treatment.

One of the worst side effects of endometriosis is the debilitating pain that it causes. For some women, the pain is so severe that getting out of bed or doing regular activities, like exercising, is challenging. Over time, the inability to stay active could cause weight gain.

How to prevent weight gain from endometriosis

While there is no cure-all for endometriosis, there are ways to soothe its side effects. And there are specific ways to prevent the weight gain that can occasionally happen. For example, here are three solutions that you can implement.

When you have endometriosis, there are many days where you don’t have the physical strength to get out of bed because your symptoms are so overwhelming. However, it’s vital to take advantage of the days where you’re feeling good and ready to go.

Taking walks, practicing yoga, strength training, running, swimming, cycling, and even gardening are great ways to stay in shape. And if you can make these activities a regular part of your good days, it’ll be easier to prevent weight gain from endometriosis. 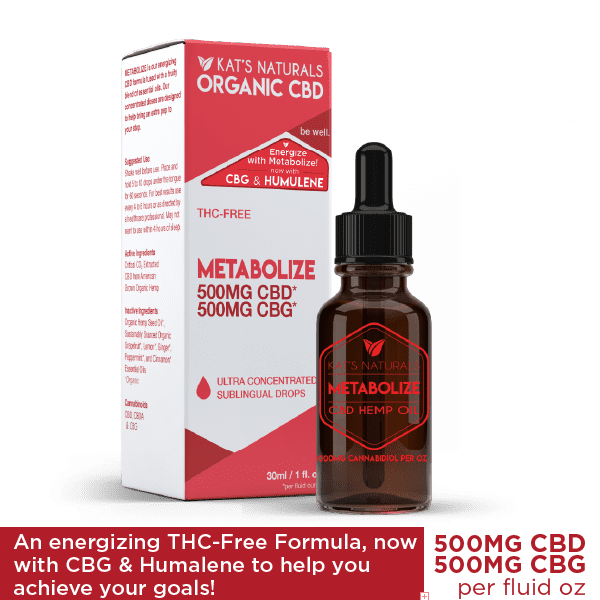 A balanced diet solves a lot of problems, a primary one being weight gain. Foods have a significant impact on your weight, and if you focus on eating unrefined and unprocessed foods, you’ll be able to maintain a healthy weight despite having endometriosis.

Eating whole foods like fresh fruits, vegetables, and whole grains is much better for you than thriving on empty calories like added sugars, which only help you gain weight. Other great foods to have in your kitchen are lean proteins, low-fat dairy, and healthy fats.

Because some endometriosis treatments can cause weight gain, you may want to consider alternative remedies. A great one is CBD, a hemp-derived cannabinoid that’s non-psychoactive and packed with therapeutic properties.

This remedy is federally legal in the United States, and it can help soothe some of the side effects of endometriosis so that you can do things like working out. For example, CBD is a natural pain-reliever, so when you’re having severe menstrual cramps or pelvic pain, you can use this remedy to help alleviate the discomfort and go about your day.

Additionally, CBD may be a great hormone-balancing remedy. So it’s a good idea to have it on hand since the symptoms of endometriosis tend to flare up as a result of hormonal imbalance.

Gaining weight because of a health condition is usually not ideal, but you can find relief if you implement the right strategies. By staying active, eating a balanced diet, and using alternative remedies like CBD, you will have more success in preventing the weight gain that sometimes follows endometriosis.

But make sure to stay patient and know that it will take time to see results. And don’t forget to speak with a physician for additional guidance and information.